The Goods and Services Tax has taken the entire nation by storm. It’s been the government’s most ambitious attempt at reforming the indirect tax policies into one universal taxation.

This national tax is projected to create a common market for 1.3 billion people.

The 14th GST Council meeting was held yesterday at Srinagar, Jammu & Kashmir, chaired by the Union finance minister Arun Jaitley along with several members that included the representatives of the 32 states and Union territories.

“The overall impact is not inflationary. The tax burden hasn’t increased in any commodity. In many, there is a reduction, particularly as tax on tax is gone. On some, we have deliberately brought tax down.” –  Finance Minister Arun Jaitley while speaking to the reporters after the meeting on Thursday.

These rates will be further subjected to a vetting process during which the list may undergo some changes. Here is the various tax slab under which the 1211 items has been categorized.

Items under No Tax 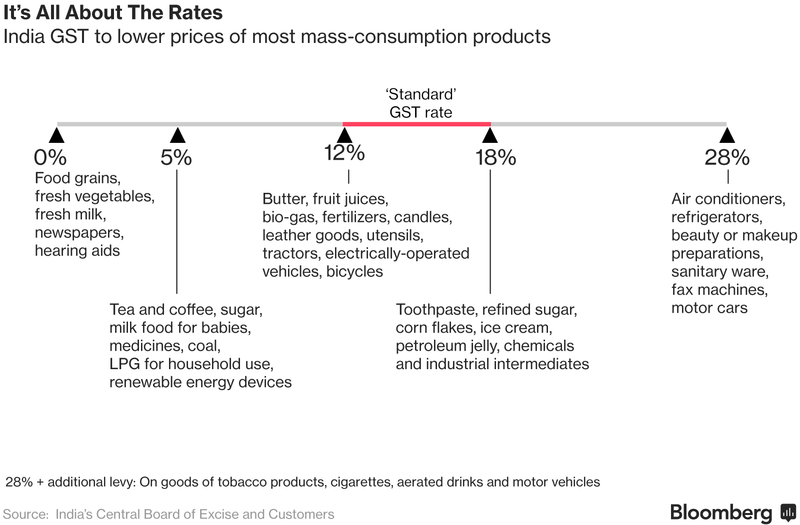 The Last Lap in the Revolution

The positive impact of the GST council meetings suggests that this might be the last lap in the revolution of India’s biggest tax reform since Independence. A lot has been gone to make this movement historical and impactful. It’s been a continuous effort of 10 years to unify the country of 1.3 billion into a common market by streamlining its archaic tax system.

The council’s decisions yesterday suggest that a July 1 rollout is almost a certainty now.

After GST is implemented our country would be a part of about 160 countries that have a GST, including Japan, Canada, and Poland. Under the GST system, the new levy will be applied at the final point of consumption, that will reduce the tax on tax cascading effect, allowing the genuine producers to easily claim their credits and this will further minimize the chances of corruption. 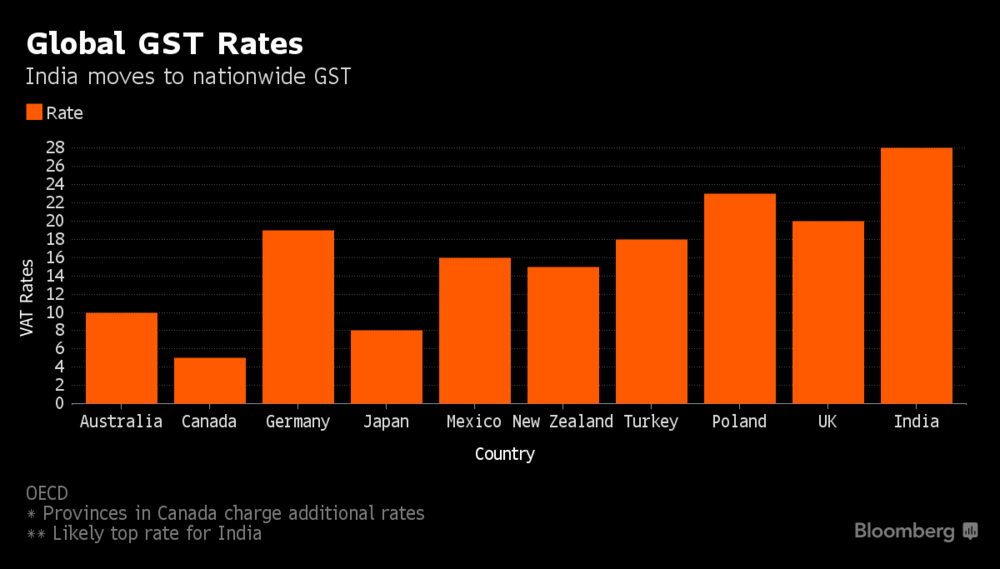 As of May 4th, 2017, eight states including Madhya Pradesh, Haryana, Jharkhand, Bihar, Rajasthan, and Telangana have passed state goods & services tax act in their respective state assemblies. As per a federal government statement, the remaining states are expected to pass the GST state bill before the end of this month, except for one or two.

The footnote below gives a complete list of the GST Rates in India and the goods that are categorized under those rates. For more details on the Goods and Services Tax, talk to our experts at IntegraBooks.